Why I nearly changed my name but didn’t

Well, not my name, but hear me out. It's a good story. 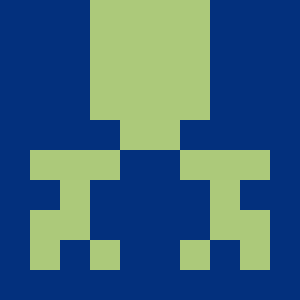 Juggle understands the reality and importance of flexible working, and wants to help business’ and professionals understand too.

Last week we launched version two of Juggle. The new platform is a culmination of lessons learnt plus some key features such as contract signing and payments. The logo has changed, the colours have changed (although we kept my beloved purple), only the name has stayed.

We were so close to changing the company name about 18 months and 6 months ago. 18 months ago I was inches away from buying flexibly.com for a steal (we specialise in flexible working). But then my mum genuinely thought we were pivoting to be a yoga brand and that conversation made me pause before clicking “buy”.

The reason the name change topic came up was due to business user feedback. By summer 2018 just 18 months into the company’s inception, we’d attracted over 10,000 professionals. The same was not true of companies and so we were really trying to crack the conundrum of businesses adopting flexible working.

A snippet of feedback which was consistent enough for us to sit up and take note was the name itself – Juggle Jobs. “I want to feel that our staff are completely focused on just us. The name ‘Juggle’ suggests that we’re one of many balls they’re juggling”. It was something that was deep in the business psyche and I had a few sleepless nights worrying about it – because ultimately it could translate into a big gap between professional demand for flexibility (huge) and business adoption (slow).

But about six months ago when the topic came up again, I realised that we need to stop shying away from this. We are about helping professionals to “juggle jobs”. It was time to embrace that fact and be bold about it. (The decision was of course helped along by a small but perceptible shift in attitudes from companies where activity in the press was translating to an uptick in business adoption!).

Some of the work is paid – there are a small but growing number of people who have successful portfolio careers. There are others who juggle unpaid work; caring responsibilities and the like. But the people that do it well have one thing in common – they are ruthlessly focused at work and tend to deliver exceptional work as a consequence. They view the three day per week role as a ball yes, but not one they’re prepared to drop. It works in symmetry with the other balls and makes them far happier in the process.

On a lighter note and as a symbol of our commitment to the cause, we’ve bought and branded a bunch of juggling balls to send to our “Jugglers” and the companies that hire them. New Scientist reported that juggling actually grows brain networks so when we say we’re committed to finding and placing exceptional people, we really mean it…

If you’d like a free set of juggling balls then email the team at hello@juggle.jobs with your name and address and make sure you record some great juggling footage of your efforts.

If you’d like to join the flexible working revolution signup today at www.juggle.jobs.