The many problems with Chief Diversity Officers

And where we go from here. 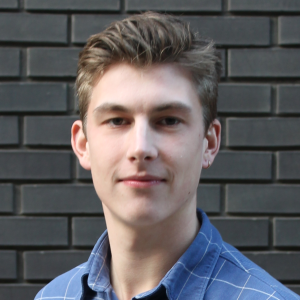 In October of last year, an anonymous founder wrote an article on Sifted. It was titled ‘Chief Diversity Officers Are Pointless’.

Uploaded just a few months after the height of the Black Lives Matter protests, the writer — a person of colour — had had enough of the ‘virtue signalling’ of the role.

“CDOs have become a way for firms to appear like they’re doing the work without doing anything of long-term, measurable value.” They said.

This scathing rebuke of the narrative is one many people foresaw. Businesses, especially startups and corporates, have a frustrating taste for newfangled, C-level roles. Remember the Chief Listening Officers of the early 2010s? Or the Chief Digital Officers of the late 2000s? These positions are usually little more than a way for CEOs and boards to indicate that they are abreast with the times.

CDO should have been different. Throughout the BLM protests, people of colour insisted that real, structural change was necessary and that token gestures would not suffice. Here’s how we (collectively) failed in that endeavour…

We siloed CDOs and viewed them as an overhead

In the six weeks that followed the BLM protests, LinkedIn job listings for CDOs jumped 100%. But have a glance under the bonnet, and it’s clear that most of the appointments that followed were window dressing. According to Glassdoor, all other C-levellers receive more pay than CDOs. In the US, a CFO is paid on average $21,000 more.

Even when properly paid, they are likely to be appointed after a crisis or for PR reasons and at risk of being seen by colleagues as token team members. Bosses may even view CDOs as “expendable and performative” luxuries. It’s little surprise that well-known, richer FTSE100 firms have better representation than their less famous FTSE250 counterparts.

We set CDOs up to fail

Too many CEOs view the CDO appointment as ‘doing their bit’ for diversity and not as a harbinger of fundamental change, leaving them isolated and powerless. “[Many] CDOs are so ineffective, they can’t even convince their organisations to track their [diversity] performance data,” says the anonymous Sifted writer.

Roianne Nedd, global head of inclusion and diversity at management consultancy Oliver Wyman, similarly warns that many CDOs are just “glorified event planners”. They have the power to organise company seminars, but not to change company policy.

According to Glassdoor, all other C-levellers receive more pay than CDOs.

The Sifted writer spoke of their disappointment with the implementation of the CDO role. But we should not conflate frustration with calls for the abolition of the CDO. These usually come from those that question the very existence of societal racism. For racism to be rooted out in workplaces, further investment in CDOs is the best route – not phasing them out.

Where we go from here

Rectifying the situation isn’t going to be easy. But the two simplest things business leaders can do are to pay CDOs an equivalent wage compared to others in the executive team and provide them with real power to make change.

Giving them access to data on diversity statistics should be the bare minimum in this respect. Oversight (not simply ‘feeding in’) on hiring practices, complaints procedures, and other HR functions will also help, as would a ring-fenced diversity budget.

Finally, business should change how it perceives the CDO role – and diversity generally. According to McKinsey, companies with better diversity are 36% more likely to have above-average profitability. The work that CDOs carry out is not a luxury or an overhead; it’s a revenue driver (a bit like flexible working!).

For more Juggle insight on the fight for representation, check out our Gender & Diversity blog.

Makers is a software development company that focuses on creating a new generation of tech talent.

Opportunity at Juggle: Head of Product

Things you can implement by sending one email — not 20.