Menu
Get ML delivered
Back to Featured
2 min read

“Since this was our first marketing hire and it’s not an area I’m an expert in, I didn’t actually know if this was a growth or marketing or content role and I was unsure how to position it”.  - Jules Robertson, Co-founder, Tally Market 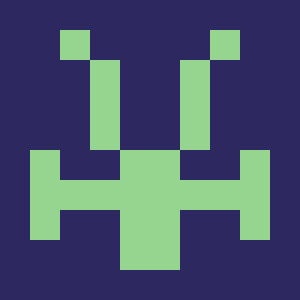 Tally Market is on a mission to change the future of where we work. Jules Robertson co-founded Tally Market because she knew that there was a better way to work and that the future is hybrid. The notion that there are only two work locations – home or the office – is outdated. People should be empowered from anywhere and with Tally Market, your team can book meeting rooms, hot desks, and private offices – wherever, whenever.

Jules co-founded the business during lockdown in August, 2020 which certainly made hiring as a first-time founder more challenging as they were unable to meet candidates in person.

Tally Market was growing fast and needed to grow its team  but Jules didn’t want to pay high upfront fees to use a recruiter – “When you raise money you get bombarded with recruiters but you’re much more skeptical about paying for a recruiter having spent blood, sweat and tears raising the money. You want to allocate every pound in the most impactful way”.

Jules was looking for experienced candidates who were open to working flexibly because they didn’t necessarily need all hires to be full-time right away.

Tally Market have always adopted a flexible working approach and Jules found that allowing people to work when and where they work best meant they got the best out of them too. They’ve been flexible from day 1 and had therefore set up the documentation, processes and communication channels to support this.

Ultimately, Jules was looking for someone with the right experience but without the 6-figure price-tag which is often not affordable for early stage startups. Jules knew they needed a marketing hire but was struggling with dedicating the time to finding the right quality of candidate and also had a lot of questions around what this role really needed to be.

“Since this was our first marketing hire and it’s not an area I’m an expert in, I didn’t actually know if this was a growth or marketing or content role and I was unsure how to position it”.

Jules was referred to Juggle by another founder and was looking for a consultative approach – someone who had the expertise to help define and scope out the role before looking for candidates.

Romanie Thomas, Juggle CEO & founder knew exactly the situation Jules was in having had the same dilemma making Juggle’s first marketing hire, “Romanie was very consultative and ultimately found us a better fit than we could have found for ourselves”.

Jules was sent 15 candidates we thought were the most suited to her needs within 48 hours on our platform, interviewed 5 and hired their Marketing Lead within 10 days. The fact that all these candidates were pre-screened made Tally Market feel like they were in safe hands and could move forward quickly with the process.

Their new hire just started and is focusing on turning the inbound machine on! With this hire in place Tally Market are excited to increase their exposure and start delivering a consistent cadence of qualified leads to the sales team – making their time more productive.