Menu
Get ML delivered
Back to Featured
6 min read 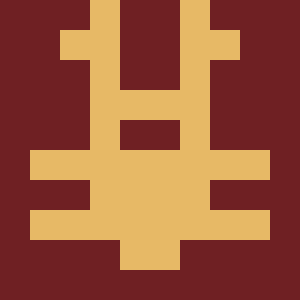 When building a startup, you might think it’s perfectly okay to hire people from your tight social circle. After all, you trust and know them, don’t you? Unfortunately, with that kind of recruitment practise, you typically end up with a growing lack of diversity.

These days, it’s challenging to build a disruptive business model or a product that’s fundamentally going to change the way business is done without having a truly diverse team. Companies are becoming increasingly aware of the benefits of having a diverse workforce. However, to make real progress, it’s best that they aggressively commit to a diversity plan.

According to a survey by First Round Capital, many tech entrepreneurs have given up hope of ever improving the level of diversity in the industry. Most respondents gloomily predicted that it would be between 11 and 20 years before the sector is thoroughly diversified.

Some tech entrepreneurs blame the problem on fewer minorities entering the sector. Others point the finger at unconscious hiring biases or non-diverse recruitment practises in university-level STEM programmes.

Most founders agree that diversity in hiring practises is crucial because of the positive impact it has on company culture and how it can boost revenue growth. Despite this statistic, only a tiny minority of tech startups have five or more employees from typically underrepresented communities.

While the tech sector has been increasingly opening its doors to women candidates, unconscious bias remains. Many outstanding female and minority candidates are still routinely passed over during the hiring process.

This results in fewer women and minorities finding opportunities to lead startups.

Unconscious bias is the enemy of innovation because it robs an enterprise of the richness of divergent perspectives and approaches to problems. When everyone in your organisation thinks the same way you do, you inhibit the kind of out-of-the-box thinking that births new business models and paradigms.

If you’re a founder, your only hiring criterion might be onboarding the most skilled and experienced team members. However, there are immense benefits to also hiring for diversity.

Helps you better understand your customers

Nowadays, many companies have customers who span every age group, nationality, race, and gender. Having a diverse workplace means that customers from many backgrounds, experiences, and ethnicities will feel more comfortable doing business with you.

It can also help you understand your customer’s underlying motivations and drives. This can foster empathy for them and potentially increase your ability to create products they’ll purchase. All this can help you compete more successfully in the marketplace.

Diversity is more about merely hiring the best team members for the job and creating an open, welcoming environment for everyone. When you have many different cultures represented in your workforce, you’ll benefit from having people with diverse perspectives, which helps fuel innovation.

When you have a culturally diverse workforce, there tends to be more creativity, which leads to enhanced problem-solving abilities. These are the kinds of qualities that can give your organisation a competitive advantage.

Companies with more diverse workforces are better financial performers. Here are some statistics that prove that:

How to make diversity hiring a top priority at your startup

Start hiring for diversity from day one

Your commitment to diversity needs to start at the beginning—from the very first team member you bring on board.

STELLARES, an AI-based talent acquisition platform, discovered that startups lack diversity as much as their more established counterparts. They found that early-stage companies at the same stage have the same proportion of female employees (34%) as companies do post-IPO.

Because hiring at the startup stage can feel risky, many founders hire who they know because it feels safe. This tends to filter out a lot of valuable diversity.

When a startup’s leadership team is solely composed of white males, hiring more of the same kind of people is easy. However, that’s akin to shooting themselves in the foot because a mountain of research clearly shows that diverse teams have better decision-making abilities.

This heterogeneous demographic employee group gets endlessly perpetuated no matter how hard they try. The results of their efforts tend to look exactly like existing team members, dooming the enterprise to a limiting sameness. This is a perpetual cycle that keeps repeating itself until someone steps in and does something about it.

Traditionally, experts advised startups to focus on growing their operations in the early stages, saying that diversity is something they can always go back and fix later. However, if diversity is something you’re willing to commit to, you probably should be focused on it from day one. It’s so much easier to build diversity into your organisation when your company is a 25 person team than a 2,500+ corporation.

Before implementing a new recruiting strategy, think about what you want to accomplish and how you want to get there. This includes the strengths and weaknesses of your current processes, how you will measure your success, and the best way to ensure your team is on board with your initiatives. It should also include what tools you will use to minimise unconscious bias and whether your current policies are inclusive.

Start by looking at the way you’re currently recruiting and see where you can improve. For example, see if your organization’s careers page highlights that you have a diverse workplace. These days, many prospective employees want to see the kinds of values your company espouses. That way, they can be reasonably sure your company culture is welcoming enough to embrace a diversity of experiences.

Make a list of your startup’s last 10 promotions. How diverse do you consider them in terms of gender, ethnicity, and background?

Also, look at your company’s last 10 hires and ask the same question. Consider the previous raises and bonuses you’ve granted. If you see patterns starting to emerge, this gives you a good idaea of what you need to work on.

Look at your current workforce composition in terms of gender, race, ethnic background, disability, LGBT+, and age. Compare your results with the demographics of the city and country where you live. If you live in the UK, where the non-white population is approximately 20%, you should have about 20% non-white people in your startup.

How organisations word a job ad can dramatically affect which gender applies for positions. For example, take a look at your job postings. If they predominantly use masculine adjectives like “fearless,” competitive,” or strong,” most of the candidates seeking employment with your company will probably be male.

Words such as “determined” and “analyse” attract predominantly male candidates, whereas terms like “support” and “understanding” attract more women applicants.

Unfortunately, only 15% of tech startups audit job ads for unconscious bias. By eradicating discriminatory language in your job postings, you’ll entice a broader range of talent.

After Atlassian replaced masculine terms in its job ads with more feminine ones, the enterprise increased the number of women hired for technical positions by 80% within a year. If you want to analyse your own ads to detect hidden gender bias, try a free gender decoder.

Where you post your ad matters too. Access diverse pipelines by using job forums and online communities to reach the kind of underrepresented populations that a more mainstream job board can’t.

Look at the educational requirements you list in your ad. Attending a prestigious school or working at a big-name company doesn’t necessarily indicate talent. It might just show individuals had more opportunities early on. Often, non-traditional learning paths better prepare candidates for all the uncertainties and the frantic pace of early-stage companies.

Standardising the criteria used to evaluate job candidates helps hiring personnel make more objective decisions. A founder can do this by creating a set of interviewing guidelines, which is a low-cost way to minimise the negative impact of hiring biases. Without guidelines to refer to, many individuals unconsciously evaluate applicants in a way that interferes with diversity efforts.

For example, a recruiting manager might reject a candidate because they don’t feel they’re a cultural fit for the enterprise. However, it might be that their unconscious biases are causing them to arrive at this decision.

Create a standardised list of questions to ask each candidate and make your interview process as transparent as possible. This evens the playing field for all applicants.

Lately, there’s been a massive increase in the ratio of roles to applicants. This has almost tripled the probability of candidates rejecting an offer from one enterprise and accepting one with another. By prioritising diversity in your interview process, you’ll decrease the chances you’ll lose top-tier executive talent to your competition.

If your diversity efforts have been lacking up to this point, consider using Juggle. When you sign up for free, you’ll get access to a diverse pool of candidates within 24 hours.