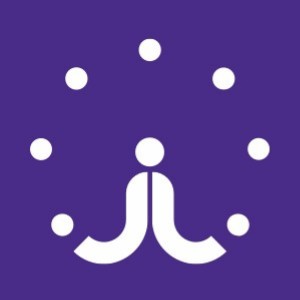 Founder of Juggle. Democratising the future of work, one blog post at a time.

The economic gender gap worldwide is 135 years (up from 100 years following the disruption of covid). Women occupy only 24% of C-suite roles (women of colour make up just 4% of that).

We know that companies care about this issue, but it isn’t easy to solve. Part of the problem is we’re fixated on what looks good rather than what is good. Companies spend time focusing on displaying the right photos on social media and the team website page, also reporting on stats to the Board, and then their efforts finish there. The truth is that a problem like this doesn’t exist or persist if it isn’t a hard one to solve, and there’s no shame in admitting it’s difficult. Focusing on long-term solutions is the only way to sustainably close the gap.

We are a team led by women, who deeply understand this problem and have spent 5 years at Juggle working out how to solve it. These 5 reasons are the ones we’ve seen come up again and again. Tackling these one by one will help you to make a dent and close that gap once and for all.

It’s called DEI but really should be IED. Actively recruiting women into your business may feel purposeful and progressive, but it’s wasted energy unless your environment allows women to thrive. Do you have a culture (or intent of moving towards a culture) that recognises and celebrates women?

Flexibility doesn’t come from the top

Following the pandemic, flexibility is a given, but presenteeism persists at the top, meaning the culture isn’t authentically flexibly and autonomous, it’s simply that leaders have had to bend to the will of the times, rather than embracing the amazing change that comes with a truly flexible organisation. Flexibility isn’t a female issue, it’s a human one. But as women carry the burden for family care, it tends to be an issue that’s higher on their priority list.

Women are carrying the diversity burden

You’ve hired a great woman, and then ask her to spend a chunk of time interviewing others (not directly for her team), sitting on diversity panels, working with HR on inclusion efforts. This is all time that she’s not spending on her job, and therefore you’re inadvertently slowing her progress. Work instead to get male allies to balance the load.

You haven’t changed your hiring process

You want a different result (more women in the hiring funnel) but you’re using the same providers and haven’t changed your interviewing technique. Everything from advertising through to which suppliers, interview questions and beyond, all need to be re-evaluated with your goal in mind.

Confidence is prioritised over competence

Promoting internally is one of the most effective ways to build leaders in your business. But too few women make it through and that’s in part because of how organisations reward behaviour. Confidence and self-promotion are valued through pay increases and promotions. If women play the confidence and self-promotion game, however, they’re seen as pushy. It’s time to come up with a more objective framework to recognise success.

There are other smaller steps that you can take to prove your commitment to gender equality in your leadership ranks. Our final thoughts are to get these basics in place first and never mind what it looks like today. It’s more important that you’re authentically moving in the right direction, rather than spending too much time on appearances. If you would like to talk about this in more detail, feel free to schedule a call with our experienced team of experts, here.

Founder of Juggle. Democratising the future of work, one blog post at a time.